It is always a pleasure to offer authors in my local Los Angeles area. Marty Steele has written a lovely historical fiction. He shares more about his writing process and his new novel here on No Wasted Ink. 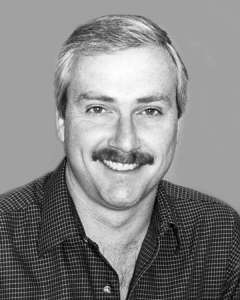 I’m Marty Steere, a lifelong book junkie who spent many years convinced that he would ultimately be a novelist – but who was unwilling or, let’s face it, afraid, to take the plunge. Don’t get me wrong. It’s not as if I wasted those years. I became a lawyer, grew to like it, and have had, for longer than I’m prepared to admit right now, a very busy and gratifying practice. But, in the back of my mind, I did always believe that one day I would sit down and write that novel I knew was in me.

The economy took a hit in late 2008/early 2009. (You probably read about it; it was in all the papers!) My practice in the months after that was not – how do I put it – nearly as robust as it had been in the overheated years leading up to the collapse. I found myself with rare evenings and weekends free. Now that was a bit of a sea change. So, I filled the time with the logical thing. I became spectacular at a couple of home video games. I mean really good. (I don’t want to brag or anything, but you know….) Anyway, it was late one night, after I’d advanced to a seemingly impossible new level, that I asked myself a poignant question: What the heck am I doing? That was when I came to the rueful (and somewhat daunting) conclusion that it was now or never.

Believe it or not, it was after I wrote my first chapter. I wasn’t sure I’d be able to do it. I think I held my breath for the week it took me to write it. When I’d finally finished it, printed it, given it to my wife to read and received her – God bless her – accolades, I thought, I’m there. What a boob I was. That first chapter never made it into my book. But, in fairness, it was the breaking of the seal. In the span of a few months, I slid into a comfortable rhythm, and, after that, the writing came to me in a much more natural fashion. Now, with two novels under my belt, I do honestly think of myself as a writer.

Defiant Heart is the story of a young couple who, in a small Midwestern town on the eve of World War II, fall in love, are torn apart and must fight to be reunited.

I don’t know that I do, but, then again, would I recognize it if I did? I try not to bog down the prose. I’m more interested in telling the story than dangling fancy descriptions in front of my reader. I want people turning pages, and I try to foster that by moving the story along.

I didn’t. For the life of me, I couldn’t. I wrote the whole book just assuming the title would come to me at some point. And then I was finished, and I still didn’t have it. I’d written well over 100,000 words, and I couldn’t come up with the last two or three. I tried out a few ideas with those who’d read the book – ran them up the flagpole if you will. Nobody saluted. (In retrospect, some of them were really awful.) A mild panic was beginning to set in. I was getting ready to submit to agents, and I obviously couldn’t do it without a title. I’d been working with an editor, Hillel Black. He was in New York, and I was in L.A., so I couldn’t actually see it, but I could pretty much feel the eye rolls when I gave him the last couple of ideas. Finally, he sent me a cryptic email that said “I had in mind something like DEFIANT HEART, A LOVE STORY. Idea grows out of Mary’s and Jon’s defiance of convention in their love for each other. Think this has more zing.” And he was right.

The cover for Defiant Heart, as with the cover for my first novel, Sea of Crises, was designed by my good friend, Ben Lizardi – a very talented man who, among other things, is a fabulous graphic artist. I explained to Ben my idea of featuring the image of the biplane flying over fields with clouds in the background. Ben did a mock-up using stock photos, then suggested that, because the novel takes place in the 1940s, we might consider commissioning an illustration from a local artist, Ed Lum, who has done a lot of work that evokes the ’40s and ’50s. Ed and I spoke, and I explained how I wanted to create this nostalgic feel. Using Ben’s mock-up as a rough guide, Ed drew the illustration featured on the cover, adding the figure of the young man. It was exactly what I was looking for.

I alluded to it above. I don’t know how profound it is, but my advice would be this: Write what you’d like to read. You’re going to be living with the story for a while. Make it be one you’d enjoy having someone else tell you. If you’re anything like me, you won’t know the whole thing starting out. So it’ll be a journey of discovery. Might as well enjoy it. 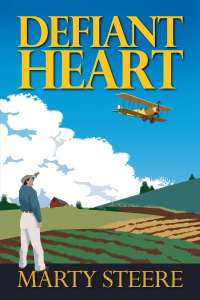