Video games and science fiction, fantasy and horror novels seem to go hand in hand. I find that Richard’s blend of working in both fields to be fascinating. I’m pleased to have him here sharing about his work on No Wasted Ink.

I’m Richard Dansky, and I write video games by day and horror novels by night. I’ve been working in games for nearly two decades – first in tabletop RPGs, and then for 14 years in video games for Red Storm/Ubisoft. I’ve lived in North Carolina for 14 years and have been happily married to statistics ninja Dr. Melinda Thielbar for roughly 8 of them; we rent space in a house from our cats.

I like to think of myself as an advocate for good writing in video games, I used to be the world’s greatest authority on Denebian Slime Devils, and I once dunked my hands into a vat of liquid nitrogen in seemed like a very good idea at the time. The fact that I actually did think it was a good idea at the time tells you probably everything else you need to know about me.

I began writing professionally while I was in graduate school. My first professional publication was actually an academic paper on H.P. Lovecraft, which was followed by some tabletop RPG writing, which led to fiction and doing book reviews, which then got diverted into video games. Really, I just enjoy writing in whatever format’s clamoring the loudest for my attention at any given moment. I love all of the forms of storytelling I get to indulge in – really, it’s the fun of putting words together and trying to do something interesting with them.

I know it’s going to sound like a wisecrack, but it honestly isn’t – the first time I found a typo in something I’d published. Until then, it had all seemed slightly unreal, like I’d gotten away with something. When I found that mistake and I realized it was out there for the whole world to see, the reality of all came crashing in. This was real, this was my work, and this was actual writing I had done for better or for worse.

Which mean, of course, that if I’d done it, then I probably was a writer. And I haven’t looked back.

Vaporware is a video game ghost story, a “Fatal Attraction” where the “other woman” is the job. The protagonist, Ryan Colter, is a video game developer whose dream project gets shut down. Normally when this happens, you roll on to a new game – or a new studio – without looking back, but in this case the canceled game has decided that it’s not going away so quietly. It wants something only Ryan can give it, and it doesn’t care who or what is in the way.

The original inspiration came from a late-night bull session with Douglas Clegg and a few other folks at a horror writers’ conference a few years back, where we talked about links between authors and their subject matter. And it got me thinking – what did I know better than working in video games? I thought about it, and I realized that pretty much all of the other treatments of the subject at the time consisted of “people get zapped into a game and die horribly” or “things escape from a game and people die horribly”. I thought there was a more interesting story to tell about the making of the games. The real horror in my writing is the fact that people don’t change, and when that fundamental assessment runs into that little bit of supernatural I mix in, well, things get interesting.

That being said, in the end, this book isn’t about the monster. It’s about the people.

In terms of technique, what I generally do is lock myself in my office – my wife kindly painted it deep red when we moved into the house, as the original lavender-and-salmon combo wasn’t terribly inspirational for the sort of writing I do – turn out the lights, and put some loud music on. I tend to create a “writing soundtrack” for each project, equal parts inspiration and a sort of musical comfort zone . Then it’s just keep going until one of the cats comes clawing at the door at 2 AM to remind me that the human needs to provide kitty with a place to curl up on.

The working title of the book was actually “Killer Ap”, but that seemed to be a little on the nose. “Vaporware” is a development term for software that never comes out, and that seemed like a more interesting and oblique way of suggesting what was going on in the book.

I think people going to Vaporware looking for a monster mash where an escaped video game splatters blood on the walls are going to be disappointed. It’s much more about the forms our own self-destructive choices make. Blue Lightning – the personification of the game that’s after the narrator – had to come from somewhere, after all.

It’s very much a distillation of a decade and a half in the video game industry, mixed with the stories I’ve heard from friends and professional peers. I love working in video games, but it can demand a great deal, and it’s very easy to make short-term tradeoffs that have long-term consequences. When your spouse goes out of town and you find yourself thinking “Good, I can stay later at the office” – and I’ve heard that exact anecdote from a great many people in all aspects of gamedev – something just might be worth re-examining.

I think every horror writer is given an electric shock if they don’t say Lovecraft, and he’s been influential largely by being one of the foundational figures of modern horror. That being said, the stuff I write tends to be much more personal and “quiet”, and so it’s authors like T.E.D. Klein and the late Charles Grant and North Carolina author Manly Wade Wellman that I think have had more of a direct impact, and whose writing I’ve learned the most from. All of them could be absolutely terrifying, but more in a “you think about it ten minutes after you finish the book and suddenly it hits you” sort of way. That sort of disquiet is far more interesting to me than painting the walls red, and its their techniques for description and mood and pacing that I think you see echoes of in my work.

I was very lucky to have two writers who really took me under their wing: Janet Berliner and James A. Moore, both of whom I met through my work at White Wolf. Jim did a lot of writing for me in the early days, as he was transitioning from rpg writer to fiction writer, and he always had time to encourage and advise me. To be fair, much of what he advised was “keep writing or I’m going to tear your arms off”, but he meant it lovingly. And Janet taught me everything I know about professionalism, and without her my novel Firefly Rain never would have seen the light of day.

The cover art was actually selected by Christopher Payne at JournalStone, and the artist, Vincent Chong, really created something striking. The cover’s actually a wraparound. It’s gorgeous, and there’s a ton of the tiny details in there from the descriptions in the book that I was really pleased to see. If you get a chance, I’d highly recommend checking out more of the artist’s work.

The best advice I ever got on writing, I got at the very first writers’ conference I ever attended. The science fiction track was taught by George Scithers, and what he said was that it all boiled down to three things: Have something to say, say it, and say it to someone. In other words, don’t just tell folks you have a great idea – put your butt in the chair, hammer it out, and get it in front of people. In all the years I’ve been writing, I’ve never heard a better, more concise summary of what you need to do than that.

The only thing that matters to say is “thank you” – thanks for reading and hopefully for enjoying what I’m putting out there. I’ve had a fairly unusual career arc – rpgs to video games to fiction, and all points in between – and I appreciate that folks have stuck with me as I’ve tried new forms. Here’s hoping it’s been worth the ride. 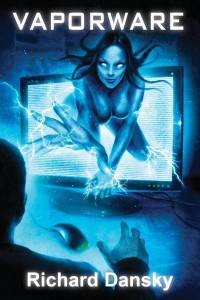 Please join me as I begin my journey as a Literary Cleveland instructor. I will be teaching my
The debut event for Indigoskye Books was to feature a presentation about speculative poetry and a reading from Poet Laureate Wendy Van Camp. She read her Pushcart Prize nominated poem, excerpts from "The Planets", and other poems from various literary journals.