I asked Louise how she might describe herself and she replied: I watch and learn things from everyday life and swirl them around in my head. I think that most authors feel this way about writing and life in general. Please welcome Louise White to No Wasted Ink. 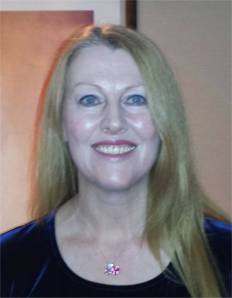 Hello Wendy, my name is Louise White, I was born and raised on the west coast of Scotland where it’s fairly cold for most of the year but also very beautiful. I am part of a large, very close family. Rather dysfunctional at times, it just makes for a more interesting life. I’ve learned a lot of skills through the years, in particular during my nursing years and whilst working as a police constable. I put a great deal of what I’ve learned into my writing.

When I reduced my regular working hours in 2011, I had a little extra time on my hands so I started writing The Calling without thinking too much about it. Before that, my writing activities consisted mainly of shopping lists, compiling reports, record keeping and suchlike.

That’s a difficult one. I should probably say, when I held my first book in my hand but that’s not really true. I only published my first book in November last year, and maybe it’s not sunk in yet, but I’ve never defined myself by any of the skills that I’ve gained. I have friends and neighbours who refer to me as ‘The nurse’ or ‘The police officer’. Lately, I suppose some will refer to me as, ‘The fantasy writer’.

The ‘Gateway’ series is about a girl who is drawn into a system which coexists with Earth, unbeknown to most humans. From other realms, there are demons/ Otherworlders, the worst of which traffic in rather gullible or greedy humans. After her first horrific encounter with a Gateway to another realm, Carolyn is changed and becomes the mythical ‘destroyer’. The magically gifted organisation of the Protectorate recruit her, and together they police the gateways more effectively than before.

In opposition to the Protectorate, the government based Agency seeks to exploit the Gateways’ existence-often using methods on a par with the demons.
In Chasing the Demon, Carolyn and her demon friend Mario are stranded on another realm behind a locked gateway. Carolyn’s team are struggling to retrieve their destroyer.

The book is written from several characters POV and delves more deeply into the workings of the realms and the lives of the characters which The Calling has introduced. There are challenges and surprises to be had from the outset and along the way. There’s lots of action and adventure with the tension mounting throughout the story as the magical journey through the realms continues.

I’ve never really grown up. As a child I was always in trouble for ‘daydreaming’. As an adult, the only difference is that I can hide it better. I look at situations before me and ‘what if?’ them. When I found the time to start writing, I hadn’t even thought about writing fantasy, I had a vague notion of something with a supernatural twist, but my imagination got away from me and the ‘Gateway’ series is the result.

For the ‘Gateway’ series I write in the third person from a specific character’s POV. That seems to work best for me. At first it was strange, but now I love the challenge of getting into the heads of ‘evil’ characters like the Agency’s Levy, and High mage, Sean, who is a mysterious and enigmatic magic user.

Carolyn was ‘Called’ to service through the gateways, so it was the natural choice for the first book. Chasing the Demon is appropriate for book 2 in a number of ways, not least for the fact that Carolyn is in fact other than human, and the team is chasing through the realms to get her back.

No. I want readers to simply enjoy the escapism that the story should give them. Should they choose to take anything further from it, then I’ll be very happy with that also. I am amazed already at how the difference in readers’ age and interests reflects on what they take out of The Calling.

Of course! Each character consists of traits and characteristics that I’ve observed, witnessed or experienced and filed for use.

For my school Highers, we covered William Golding’s ‘Lord of the Flies’, and it both horrified and inspired, which to me is the best possible combination for reading material. I’m also very partial to all sorts of poetry, favourites being The Lady of Shalott and The Charge of the Light Brigade by Alfred, Lord Tennyson, The Highwayman by Alfred Noye and Ayrshire’s own Robert Burns’ Tam o’ Shanter.
The inspiration is to be found in the power of beautifully strung-together words. I like the emotional impact of words and phrases which may evoke joy, melancholy, awe, or they may highlight virtues of strength, courage and wisdom.

Clarissa Yeo came to my attention as a very capable cover designer, I liked her bold exciting style.

For brand new writers- Like me a few months ago! – I would probably stress that they shouldn’t put too much pressure on themselves. Goals are nice to have, but it’s best to keep them flexible and try to just to have fun with writing. Sometimes it is great just to share your stories verbally with anyone who will listen.

I feel honoured when a reader simply adds me to their ‘to read’ list, never mind how it is their reviews that continue to inspire me to work ever harder in the creation of my books. With busy lives and valuable time, my heartfelt thanks go to every reader who took a chance on a new author and purchased and/ or reviewed my book. 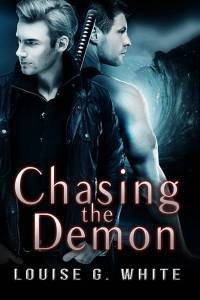