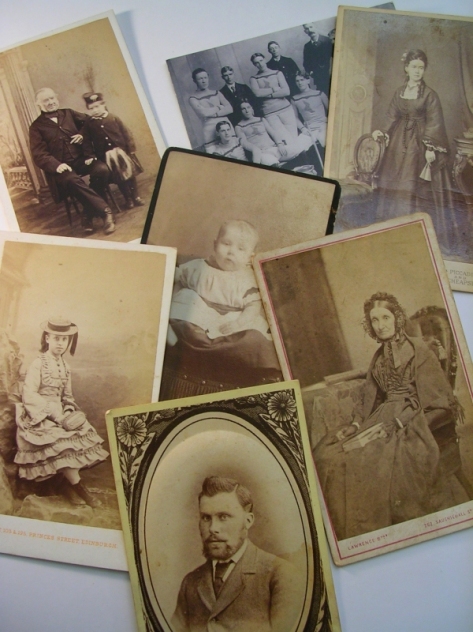 You meet characters every day. They bump into you at the local Starbucks, say “Hi” to you on the street, join you on a park bench and start a conversation, help you find the turkey stuffing and olives in the grocery store. These are the characters that help flavor life.

They can also be the characters that help flavor story.

Your main characters—both protagonist and antagonist—go through a lot more to get into the story. Mine get sketched out for the basic personality and character traits, then go through a long, involved interview to fill in the areas the common sketch misses. No, I don’t directly use everything in the sketches and interviews, but they do help to define how the character will respond to events and other characters in the story. That all comes out in the writing.

But, secondary (or tertiary) characters have an impact, too. They are the ones that help trigger behavior from a main character, set a tone for a conversation, challenge a main character to action or decision. Because of this, they need to be more than just cardboard cutouts placed in the scene. They need a backstory of their own, a reason for being where they are in the story.

That person that bumped into you at Starbucks, what was the reason for that bump? Was it accidental or purposeful? Do you still have your wallet? Was this a chance meeting with a casual friend? Or, was that an alien in disguise who planted a tracker in your pocket? Answering these questions help give the secondary character a reason for being in that location and a motive for actions.

Answers those questions help the event becomes something more than just a bump and maybe some spilled coffee. It might be a harbinger of events to come. It might be the beginning of a critical conversation where the main character learns important information that changes his or her day or life.

Depending on your genre, secondary characters set tone and guide events in a story. It is easy—especially in first draft—to blast through an event and just give a character object a name and move on. But on rewrite, think about who that character might be, why they were in that particular place and had a specific impact on the story. Answer a few questions about that person, then color in their event better. Make it impact the main character more and give the story a stronger direction.

Take the scenario where the main character is sitting on a park bench struggling with life issues. Crushing mortgage, pending divorce. Or, maybe he or she just found a small, metallic, round gadget in a hidden place in a room in their old brownstone apartment, and is trying to decide what it is and what to do about it.

The person who comes to sit next to them on the park bench can have any number of reasons for doing so. Is this person a kindly pastor or rabbi who may know your main character and will offer words of comfort or advice? Will that pastor or rabbi challenge their past decisions and help them find the truth in their life?

Is it a street person at the end of their medication and may act unpredictably at certain triggers? The conversation can start innocently enough, but some response by the main character could trigger aggressive or dangerous behavior. Is the street person armed?

Or, it is the park bench visitor a man or woman in black who knows what that gadget is, that your main character has it, and wants to recover it because the fate of the world, solar system, or galaxy hangs in the balance? Will the person in black launch your main character on a star-hopping voyage across the galaxy, or into intergalactic intrigue?

The reader doesn’t need to know all the details about the secondary character, but you do. What you know about that person helps you use the proper words, generate the appropriate dialog, add the correct drama and suspense to move the story along its path. It colors the event. The result is that the reader gets a sense of the secondary characters and sees the reason and motivations that drive the specific events in which they are involved.

All it really takes is answering a few questions.

Guy L. Pace, born in Great Falls, MT, spent the bulk of his growing-up years as a nomad. He attended 21 schools throughout the Northwest before graduating from high school. Under pressure from the Vietnam-era draft–ended up joining the US Navy. He served on the USS Newport News (CA-148) from 1970 to 1973, including combat operations in Vietnam in 1972.

He was a Navy journalist, and after the service worked primarily in community newspapers as a reporter, photographer, editor and finally a managing editor. Through all that, he managed to complete his Communications/PR degree. He changed careers, getting into computer support, training, networking and systems, and eventually information security. He retired in 2011 after more than 20 years working in higher education. In 2013 he retired his Certified Information Systems Security Professional certification (CISSP).

He lives with his wife, Connie, in Spokane, where he gets to spend time with children and grandchildren, and ride his Harley-Davidson.

4 thoughts on “Characters by Guy Pace”