Deborah J. Ross writes and edits fantasy and science fiction. Her work has earned Honorable Mention in Year’s Best SF, Kirkus notable new release, the Locus Recommended Reading List, and James Tiptree, Jr. Award recommended list, Finalist for the Lambda Literary Award, and nominated for the National Fantasy Federation Speculative Fiction Award for Best Author, the Nebula Award, and the Gaylactic Spectrum Award. She’s a past Secretary of SFWA and currently on the Board of Directors of Book View Café, an online writers coop. Please welcome her to No Wasted Ink. 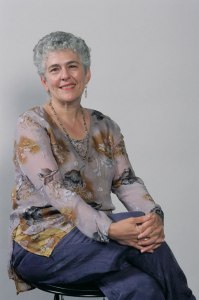 I grew up in California and Oregon, coming of age in the 1960s, so of course, I grew my hair long, protested everything, and have the tie-dyed t-shirt to prove it. I accumulated various academic degrees, including a BA in Biology from Reed College and an MS in Psychology from Portland State University, before realizing the true “work of my heart” was storytelling. Now I live in a redwood forest with my family, which includes three cats and a retired “seeing-eye” German Shepherd Dog. In between writing, I’ve lived in France, worked as a medical assistant to a cardiologist, taught parent-child gym classes at the Y, revived an elementary school library, studied Chinese martial arts (tai chi and kung fu san soo), classical piano, and yoga.

Well before I learned to scrawl my name, I made up stories, and once I could form proper words and pictures to accompany them, I began putting together whole books. My father was a printer, and our home was amply supplied with paper and ink. In my teens and twenties, I began many novels, even finished a few of them, but never knew what to do with them next, nor did I know any writers beyond a few school friends who were just as clueless as I was. I knew I loved to write, and I occasionally dared to hope that someday, my writing would be more than a secret pleasure.

In my early thirties, just after my first child was born, I hit career burnout and decided to work part-time from home. A friend invited me to join a women’s writing group. Although none of us knew what we were doing, I came home from the first meeting so exhilarated that I drafted the story I’d been playing in my head for the last year. No one told me it was crazy to write a novel in 6 weeks with a new baby and a part-time career. The real break came in 1991, when I lived in Lyons, France. A couple of months after I returned to the States, I sold my first novel.

How did your writing relationship with Marion Zimmer Bradley develop?

Somewhere around 1980, I wrote Marion a fan letter. To my surprise, she wrote back, three pages of single-spaced typewriting. I’d been studying martial arts and we began a correspondence about women’s empowerment, story-telling, family, and a host of related topics.
At that time, the Friends of Darkover held periodic writing contests and published its own fanzine. I sent her a couple of stories and received encouraging comments (and, as I remember, an award for one of the stories and eventual fanzine publication of the other). When Marion began editing the first Sword & Sorceress, she suggested I submit a story for her. I was as elated by the invitation as if it had been a sale, and threw myself into writing the best story I could. It was a modest little story, a respectable first professional sale, but more than that, Marion showed me that I could take my writing seriously.

When I submitted a story for the second volume, Marion telephoned me. “Now Deborah,” she said, “I’m going to take your story, but I’m sending it back to you for revisions.” With that, I made the leap from all-or-nothing sale-or-rejection to working with an editor. My manuscript came back covered in red ink, with comments like, “All thuds are dull!” and “Overwritten.” Don’t just fall in love with your words, she was saying, make them serve the story.
Marion didn’t buy every story I wrote, but she saw most of them. More editorial notes followed, although not as extensive as that first round. I like to think I was improving, but it may also have been that Marion understood when outside critical feedback is helpful, and when the act of writing itself, story after story, is the key to development. She often said that the first million words are practice, and I was well on my way.

With my first novel sale (Jaydium, a science fiction adventure through time and parallel worlds, complete with gigantic, intelligent silver slugs), and short fiction sales to increasingly prestigious markets (like Asimov’s and F & SF), I came into my own.

Over the years, we became friends as well as colleagues and editor/writer. My natural authorial “voice” was close, although not identical, to hers. Toward the end of her life, hampered by a series of strokes, Marion worked with in collaboration several other writers. I was one of the writers she considered because she had watched me develop from a novice to an established professional. We discussed the basic details by mail and then I drove up to see her for a personal chat. She’d been resting and was on oxygen, but she insisted on sitting up when I came in, and soon we were deep in discussion of plot ideas. One of my best memories of her was watching her “come alive” as we discussed character and hatched plot points. Her eyes “glowed as if lit from within,” to use one of her favorite descriptions, and energy suffused her whole being. I asked question after question and then sat back as she spun out answers. It was as if she had opened a window into her imagination and invited me to peek inside. She died before we started the actual writing (The Fall of Neskaya, Zandru’s Forge, A Flame in Hali). and I went on to write three more (The Alton Gift, Hastur Lord, The Children of Kings), and there are more to come.

Writing Darkover stories is much like writing historical fiction. I do research, using not only Marion’s published work, but The Darkover Concordance and her articles in the old Darkover newsletters. I try to create story lines that are true to Marion’s vision of Darkover and the themes that were meaningful to her. Since I work closely with the MZB Literary Trust, I hammer out a detailed outline before I start. Once that’s approved, I turn the process over to my creative back-brain. Because I’m not trying to distort my own intuitive style, I can then write from my heart.

My most recent Darkover novel is The Children of Kings, an action-adventure set in the Dry Towns, featuring Gareth Elhalyn, Regis’s grandson, and some nasty space pirates bent on turning Darkover into a smuggling base. I just turned in the next Darkover novel, Thunderlord, a sequel to Hawkmistress, in which the son of the defeated Lord Scathfell plots revenge by marrying a girl from the Rockraven clan, noted for their ability to control storms and lightning. It’s scheduled for an August 2016 release from DAW, under the dual byline with Marion Zimmer Bradley.
Other recent publications include the Lambda Award Finalist Collaborators (under my former name, Deborah Wheeler), and an original epic fantasy trilogy, The Seven-Petaled Shield (in which women get to have heroic adventures), all of these from DAW.
In terms of editing, I’m wrapping up the anthology Realms of Darkover. Once that’s done, I’ll dive into the next novel, The Laran Gambit, which continues the “modern” timeline and brings Darkover and the Terrans back into conflict, er – contact – in a clash between machine-mediated mind control and natural laran Gifts.

What authors have most influenced your writing in addition to Marion Zimmer Bradley? What about them do you find inspiring?

The list is very long! Some of my favorite contemporary authors include Barbara Hambly, Mary Rosenblum, Lois McMaster Bujold, Sherwood Smith, Carol Berg, Freda Warrington, Jennifer Roberson, Chaz Brenchley, Judith Tarr, Vonda N. McIntyre, Ursula K. Le Guin, Charles Stross, Saladin Ahmed, Diana Wynne Jones, and Tanith Lee. I love authors who give me a new way of thinking about story or language. Once it was possible to keep up with who was writing what, but the field is so large now, I’ve given up trying. I rely on the advice of friends whose taste I trust. It’s hilarious when a friend hates what I love and vice-versa, so I go for whatever they pan. When I go to a science fiction convention, I try to buy at least one book by an author I have just met but have not yet read.

Writing is both craft and art. You already have the dream. Now you have to learn the craft. As exciting as the prospect of publication is, if you’re in this for the long haul, be patient. It takes time and work to achieve excellence. There are so many aspects of success you’re powerless over, but the quality of your work is one you do have control over. I wrote a series of essays about nurturing yourself as a writer as you wrestle with the skills, called Ink Dance: Essays on the Writing Life. 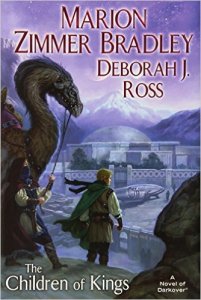 The Children of Kings