A huge fan of fantasy and medieval history, Author Elizabeth Gaines Johnston loves weaving complicated storylines together to create characters who feel like real people. She enjoys using words to paint a picture, so my worlds have a tangible feel to them. Please welcome this up and coming fantasy author to No Wasted Ink. 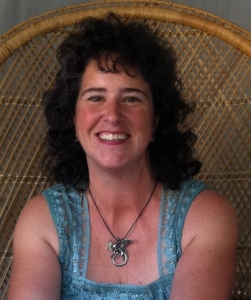 My name is Elizabeth Gaines Johnston, author of the Gilded Serpents trilogy, as well as the upcoming sequel series, The Realm of Possibilities trilogy. I am a single mother of two sets of identical twin boys (ages 16 and 10) as well as a busy school volunteer, where I direct and teach the theater program for 2nd-8th graders, as well as helping publish the school’s student paper. I have a BA in English Literature with an emphasis on medieval studies, and a History minor. I love to travel. I don’t get to do it as often as I’d like. I’m also a fan of Doctor Who, Firefly, Marvel, some DC (mostly Wonder Woman), The Princess Bride, and many fantasy series.

I’ve always loved to write, in my pre-teen and teen years it was mostly short stories and poetry for friends. When I was first married, right out of college, we moved from California to Minnesota, and so while my husband was in med school, I took whatever jobs I could to keep us solvent. To keep my sanity, I used my lunch breaks and after hours writing what I initially thought would be another short story. However, the characters had other ideas, and soon, I found myself writing Dragon’s Gift, the first book of my first trilogy.

Good question. I suppose in college I began to think of myself as a writer, but it wasn’t until I had over 1000 pages of my trilogy written that I knew myself to be one. I finally felt like an author when I sold my first book to a total stranger, who later told me how much they enjoyed it.

All three books are out simultaneously, so no one has to wait to find out what happens! The first book, Dragon’s Gift, is the most lighthearted, as out heroine is starting out on her journey, meeting new friends and acquiring new skills. The second book, Magic’s Price, is the longest of the three, mainly because that’s where the divisions naturally occurred. It is more complex, as several key players become separated during this time, and they find they must face challenges they never expected. Our heroine, and her friends, also grow more and more to doubt themselves during this portion of the tale. Finally, in the conclusion of the trilogy, War’s Toll, our main characters have to overcome tremendous odds and their own misgivings in order to defeat the great evil threatening their lands.

I’ve always loved the fantasy genre, but the majority of the books have a main male character at their core. I wanted my story to revolve around my heroine, but also to show the strength she gets from those beside her. Not just in the sense of romance, though there are romances in my books, but also from family and allies, some of whom she never expected to find rallying to her cause. I also wanted to give young women the sense that if they believe in themselves, they have already won the most important battle.

I try to give the reader a chance to see things through the eyes of different characters. I hate to compare myself to another author since each of us has a distinct voice. I am particularly proud of the images I am able to create with my words. I like the sense of painting a picture that the reader can see.

For each book, it was what the heroine found herself facing. In Dragon’s Gift, Kwyleeana finds herself in possession of a magical pendant given to her by Baelwyn, a dragon. This gift opens her to an entirely new world around her. In Magic’s Price, she has to come to terms with what the magic she is using costs her. She also must decide if she is willing to pay that price. In War’s Toll, the war has arrived, and all the characters, our heroine included, will be forced to face the devastation and loss that wars bring.

Empowerment. I have always felt if you believe in yourself, you are well on your way to success. The worst thing we do is defeat ourselves before we’ve begun. Also, I’m a strong believer in the concept of relying on the strength of those around you…none of us is in this world alone, and the greatest burdens become lighter if we have loyal friends beside us willing to share the load.

As this is a fantasy novel, not really. However, I spent many years as a member of the Society for Creative Anachronism (SCA), and several of my characters in this world are amalgams of people I knew from those years. It also helped me add a real authenticity to my dialogue and details of a medieval-esque fantasy world.

What authors have most influenced your life? What about them do you  find inspiring?

As an English lit major, I found a lot to inspire me. The strength of Isabel Allende’s women, the rich details of Marion Zimmer Bradley’s Arthurian tales, the fun and excitement of David Eddings, and the way I can lose myself in the worlds of Terry Brooks. I also find hope in the tales of Brooks and J.K. Rowling, who were in other careers and did not find success as authors until later.

Terry Brooks. The way he incorporated what he knew into his books, and then cast aside his career as a successful lawyer to follow his dream of being a fantasy adventure author.

Who designed the painterly cover of your book? Why did you select this illustrator?

Kimberly Daniel designed all three book covers. The first one she did for me as a friend, because all the covers I was being sent by my first publisher were awful, and didn’t fit my writing style at all. I then contracted her to design the other two to keep my styles consistent. I also knew she would give me what I needed for a design, and would do it on time and professionally.

Don’t try to be anyone else. Be true to your own voice. The biggest mistake you can make is to write for what pleases other people. If you write to please yourself, that’s when you will create brilliance. And like my heroine, Princess Kwyleeana, believe in yourself, for then you have the strength to win all battles.

All authors need readers to support them. If you like my book, please give me positive reviews on Amazon, Barnes and Noble and other websites. Ask your local bookstore to stock my books. Recommend my books to friends (or better yet, buy them copies as gifts). And never be afraid to contact me. I’d love to hear from you. 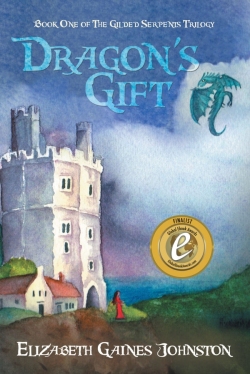