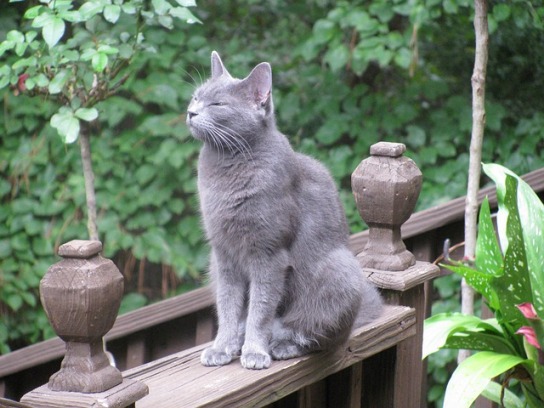 ‘Only one percent of lost pets make it back to their original owner,’ said an author friend of mine, who sometimes writes for a local humane society. But thanks to social media, this is the story of a one-percent cat.

I am not a cat blogger, but I am a cat lover. I’ve had one or more cats in my home for over thirty years. But in the last seven months, I’ve had my share of CATastrophes. In December, my beloved companion, Misty, died.

Replacing a pet is difficult. Even though certain breeds have identifiable personality traits, I ended up in a position where I got a cat whose breed was misidentified. I was seeking a Russian Blue (mix) and ended up with what was probably a Korat (mix). Don’t get me wrong – the Korat is a beautiful cat, but its extroverted and playful nature is the opposite of the introverted, sedate Russian Blue. The cat I misadopted, Mimi, was with me for five months. She was elegant and regal, and I think she knew it. If there was a feline Vogue magazine, Mimi would be their supermodel.

Sadly, Mimi and I were not a match, but I couldn’t bear to take her to a shelter or return her to the one where I’d adopted her. When I got her, she was skinny and listless. It was soon evident to me that she had been someone’s beloved pet. For the first two months, she cried a lot and had nightmares when she slept. When I brought her home, she did something I’d never seen a cat do. She grabbed my wrist in her two front paws and with all her strength guided it to the ruff of her neck, letting me know how and where to pet her!

As she responded to my attentive feeding and loving ways, her natural personality emerged, but it was too much for me. She clawed at my drapes, to go out. I am not allowed to have outdoor cats where I live. Oh, it was tempting, at times. On her worst nights, I almost wanted to shove her out the door and call a coyote. But I couldn’t do it, of course. I can’t say she was “too high energy” – she was just too high energy for me. She was happy playing mousy-dot, feather-bird or kitty-in-a-bag for hours. But I was worn out. My dilemma was simply that this cat wasn’t a Russian Blue. Yes, she had the right coat and eye color, but not the personality. She was trying to adjust to my home, but it was taking time, and I wasn’t sure how long I could wait.

I turned to social media. I began advertising on Craig’s List in the county where I’d adopted her (some distance from where I lived). I ran the ad off and on for several months, indicating when and where she was found but got no responses. I was cautious because I’d been warned about unethical people. I posted her picture but told respondents they would have to identify at least two of her unusual features.

I searched Craig’s List’s missing ads, mindful that the dates should match up, and I did get a false lead. It was soon apparent that the cat I had was not the one the woman was looking for. A man from Facebook’s Lost Pets of Yucaipa had seen my Craig’s List post, and alerted someone with a post: “This looks like your cat.”

A woman contacted me by e-mail and identified one of the unusual features. A picture she sent showed another of Mimi’s unique qualities – around the black skin of her light green eyes was a fine line of pale fur. We began corresponding, and I sent her additional pictures. Both of us agreed there was a good chance it was the same animal.

She drove out to see me on Sunday night. She’d mentioned that her missing cat always reacted to the sound of her car. As she drove by my front window, Mimi didn’t get up, but her tail twitched. When the woman came in, I thought Mimi would run to her with emotion, but she didn’t. We chatted, and as Mimi began to remember her owner’s voice, she kindly looked at me to make sure that I would not be jealous if she went to her.
They played with an old toy the owner brought along. After an hour or so, Mimi’s ears pointed forward, totally trained on her. The sad story was that they had moved a great distance and only been in the new home for two weeks. Something spooked Mimi when she was outside and when she ran, she must have become disoriented and lost her way. As a seasoned hunter, she was able to exist in the wild for two months before she was trapped and taken to the local humane society. When put in her familiar cat carrier, she didn’t complain. This woman had cared for her since birth, and still had Mimi’s mother.

And so ends the story of The One Percent Cat, a cat lucky enough to be reunited with her loving owner. The other half of the happy ending is my adoption of Graycee, a real Russian Blue (mix) found on Craig’s List. She has been with me less than a week, but I already know that she is what I’ve been looking for. 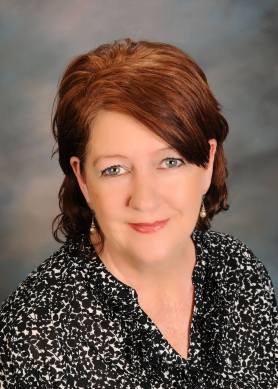