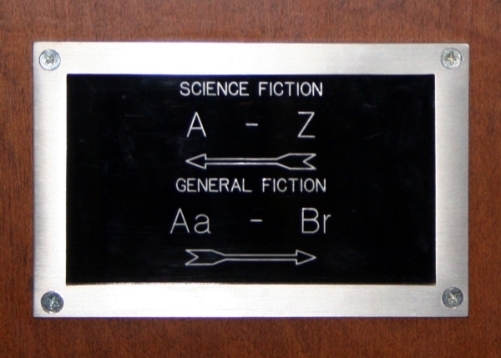 “My definition of good literature is that which can be read by an educated reader, and reread with increased pleasure.” Gene Wolfe in a letter to Neil Gaiman

Recently I invoked the name of my favorite author, Gene Wolfe, in an offhand comment on Facebook. I am quite certain that no one caught my point. It is not uncommon for me to invoke Gene’s name; he is a vocabularic virtuoso, a poetic maestro, a genius level wordsmith, and a heck of a nice guy.

My oblique reference was to an early short story of his titled “A Method Bit in ‘B’” which concerns an actor in a werewolf movie, likely filmed in black and white. It is one of my favorite stories and I do not entirely know why.

It is also, to the best of my knowledge, uncollected at this point. To read it you must find a copy of Orbit 8, edited by Damon Knight – which I encourage you to do. It is easy enough if you are one of the first to hit Amazon’s second-hand third party market. At the time of this post $9.99 gets you the hardcover, while $2.99 gets you a paperback. Hurry. There were not many available. It is worth the price for Wolfe’s story, but there are also many other excellent short stories waiting to be discovered by you, including a second Wolfe short about the future of pets. Grim and funny stuff.

One of the things I will say about “A Method Bit in ‘B’” is that it is clever. By clever I mean sly. By sly I mean devious, unobvious, sneaky, O. Henry-esque in its own Wolfean way. It does not ask the reader to understand, nor does it explain the conceit of the story and it steadfastly refuses to let the reader in on the secret with a wink or a nudge of exposition. This is a tale that respects the reader’s intelligence. Sadly, many readers are unwilling to invest their time in Gene’s often dense, always literate prose.

There are few writers working in this day and age who are daring enough to leap from the hidebound rules of the MFA programs of monolithic institutions. Rules which change, by the way, based on the perpetual “new normals” instituted by those who dare. What is taught is often what last succeeded. Heaven forfend that we try something new! Gene Wolfe knows the rules. He also knows how to re-engineer them in interesting ways.

There are, among the few authors that take the leap, still fewer who have the actual skill to make the leap. Some do it once, by sheer awesome hutzpah and the amazing lack of knowledge that tells them they cannot possibly succeed in their mad endeavor. Often their second leap is weak and injurious to their career.

Gene has been taking that leap, and making it look easy, for over forty years now. That takes skill and confidence. Also daring. I suspect that Gene is such a veteran of the publishing world that he does not view what he accomplishes as a feat of derring-do. I also believe that he does not take each new leap for granted. Like any good magician (the word I want to use is Wizard) he works hard to make it look easy.

Although I mention Gene Wolfe often and hold his art in the highest esteem, I do not always recommend him to readers. The reason is the same as to why I do not recommend a film of the caliber of say, Citizen Kane or Shakespeare’s histories to someone who prefers watching reality television programming. Their interest is in lighter stuff.

Wolfe can be playful, the story deceptively light, but there is never anything simple about Gene’s storytelling. He is often purposely deceiving. You can never quite trust a Wolfe story to be what it first seems or is labeled. There is surprise within the forest of language and often you are well along the path before you realize what you have witnessed.

Rereading Gene Wolfe’s books and stories will almost always reward the attentive audience with a missed twist or reference. For a writer you will likely find yourself educated in the matter of style, with your sights set higher regarding your own work.

Why do I like “A Method Bit in ‘B’” or any of Gene Wolfe’s crafty tales?

I am never quite sure.

Jeffrey J. Michaels is a Gemini. As such he is deeply involved in whatever interests him at the moment. His describes his book “A Day at the Beach and Other Brief Diversions” as “metaphyictional,” combining fantasy and humor with metaphysical elements.

He is currently polishing a sweeping fantasy series of interconnected tales collectively known as “The Mystical Histories.” It is varied enough that he says he may even finish most of the stories.

In his real life he is a well-respected creative and spiritual consultant.
He does not like to talk about his award-winning horror story.

“A Day At the Beach and Other Brief Diversions”

What if… …your perfect day never ended? …your life were to pass before your eyes, one person at a time? …the genie in the lamp had a wish? …you heard the perfect last words? Versatile author Jeffrey J. Michaels invites you to explore new ways of looking at your world and worlds beyond in this selection of metaphyictional short stories.

One thought on “Why Gene Wolfe? by Jeff Michaels”

A Scifaiku Poem by Wendy Van Camp
Please join me as I begin my journey as a Literary Cleveland instructor. I will be teaching my