Fantasy novels are particular favorites of mine to read, which makes introducing a new fantasy author to you a delight for me. Angela Horst is a local author and one that I believe you will like. Please welcome her to No Wasted Ink. 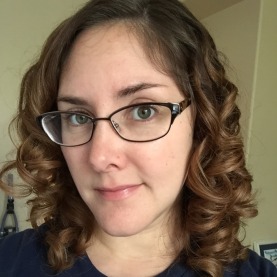 Hello! My name is Angela Horst and I’m a stay-at-home mother to an energetic, sometimes impish five-year-old. I’m an avid reader, gamer, and all-around geek. I worked at Blizzard Entertainment, a gaming company, before quitting to start my life as a mom. My husband worked there as well (he actually gave me the interview for the job!), and after getting to know one another, moving to Austin, and moving back to California, we eventually got married.

I tend to write and read in the fantasy genre. My favorite book of all time is The Last Unicorn by Peter S Beagle, though I do delve into other genres like Stephen King once in awhile.

I began writing consistently in high school. Having a free period and study times, I found myself with the time to daydream and be creative. I read voraciously, sometimes under my desk during class (which is probably why I’m not the best at math). Reading gave me the motivation to write. It helped me to escape, and the ideas that other authors had would inspire me to make my own stories.

The Nightmare Exterminator is a bit of an oddity. I’d call it magical realism, but there is also a pinch of paranormal, fantasy, and a good helping of humor. Noah Clifton has the ability to enter nightmares and rid them from a dreamer’s sleep – for the right price. His sidekick is a surly gnome named Guinness, and together they piece together clues in order to find out about Noah’s life before exterminating nightmares. Before he was even human.
What inspired you to write this book?

Funny enough, it was a dream! I had a vague sense of a man and gnome who defeated nightmares, and I used that skeleton to world-build around them.

For some unknown reason, it’s hard for me not to write as a first-person male. I can sneak in deeper thoughts with first person, and perhaps I write as male because I’m a tomboy? Whatever the reason, it does come with a drawback. It’s hard for me to get out of my comfort zone, though I do try to on some occasions as a challenge.

Not one that I thought about while writing. Noah is a jaded smart-alec who isn’t fond of human interaction at the beginning of the book. He is sarcastic and sees only the negative. By the end, this has lifted, and he is able to focus on enjoying life. If there is a message, I suppose it would be: don’t let life pass you by and live it to the fullest.

Peter S Beagle has influenced my writing the most. He has my whimsicality and while this is not as prominent in The Nightmare Exterminator, I’ve grown to write in his style of flowery, descriptive writing. He is inspiring in that there are so many ideas and talent in one man. I met him at a book convention when I was young, and I’ve loved his books ever since.

If not Mr. Beagle, I would say Brandon Sanderson. This man has a way with world-building that is second to none. I am a terrible world-builder. I’m good with details and scenes, but world-building is not my strong point. Mr. Sanderson can do it in his sleep. His book, Mistborn, has inspired me to be more aware of an over-arcing story and epic storyline when writing my own books.
Do you have any advice for other writers?

Never stop reading. Reading is the best tool for a writer. Words, worlds, even sentence structure can cause inspiration. Have an idea that’s sparked from another author’s writing? Write it! Of course, make it your own. Add the flourishes that make you you. Tap into that creativity and let your muse do its job.

I appreciate any eyes I can get on my novel, and I wanted to thank Wendy Van Camp for allowing me this interview on No Wasted Ink. I wish nothing more than a reader of my novel to realize it’s 2 AM when they look up from their tablet. I want to take you on a journey, to escape the real world if even for a moment to show you my pride and joy. And hey, maybe you’ll dream about Noah and his companions when you fall asleep. Maybe they’ll come along during a nightmare and do what they do best.

Thank you, Angela.  It is always my pleasure to help fellow authors. 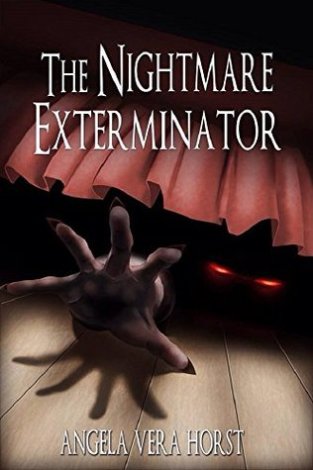