Author Angela Ashley writes to make sense of her world and to create one she can dwell in that is better than her own. Through her characters, she seeks to create people of depth, grace, and bravery, struggling like everyone to survive, and ultimately, to find love and meaning. She is also from my own home town of Lake Stevens, WA. It is a small world indeed! It is my pleasure to welcome Angela to No Wasted Ink. 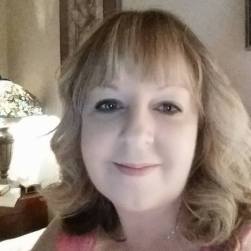 My name is Angela Craig, and my pen name is Angela Ashley, which was my birth name. I’m a single woman, born and raised in the Pacific Northwest. I loved reading books from a very young age. As a child, I loved books about animals, especially The Black Stallion series by Walter Farley. After having seen Star Wars in the theater and reading The Dark is Rising series by Susan Cooper, I fell in love with the science fiction and fantasy genres. When I attended Seattle Pacific University, I knew I should choose a major that would pay well, but I followed my heart instead, graduating with a B.A. in English Literature and a minor in Writing. I wanted to be a book editor but ended up being a home loan processor instead. I spend my free time reading, writing, and posting funny memes on Facebook when I’m not watching TV or movies with my boyfriend and my two cats.

I’ve written poetry for years, but my job was so stressful that I found it drained most of my creativity away. And to be honest, I didn’t believe in myself enough to try my hand at writing more than poetry. But when the opportunity came to retire early, I knew what I wanted to do. I began to fill notebooks with my ideas that summer, and for months afterward. I fought through my fear and wrote my first chapter, and then another, and I surprised myself. A part of me had known I had this ability all along, but I’d pushed that voice down, until that moment. Now, I can’t imagine living without writing fiction. I’ve finally found who I am.

I’ve considered myself a writer of poetry since my teen years, but the first time I realized I was a fiction writer was three years ago. As a perfectionist, I didn’t want to try and fail, or even try and just do okay. When I wrote that first chapter, my muse came out in full force, and I haven’t stopped dancing with her since.

I would describe it as Game of Thrones meets Dances With Wolves meets The Hunger Games meets Downton Abbey. The main character, Little Squirrel, is a native-American-esque teen who has come of age and must go on her Vision Quest. Her situation is unique because she’s of mixed heritage — her mother was First Daughter of House Mystalora in the Queensrealm, a woman-dominated society, while her father was a warrior of the People. While on her Quest, she is attacked and finds she has a very unusual ability. Her adopted brother and her best friend, both of whom are in love with her, find they do, as well. Meanwhile, in the Queensrealm, Kella is falling for Jaereth, a slave, even though their love is forbidden. They, too, realize they have strange abilities. Soon, they all find out they’re pawns in a game, pitted against each other and others, and that only one can survive. This game was created by unseen beings, seemingly for their amusement. But soon, it becomes clear that the real motive goes very deep, and the consequences of this ‘game’ will affect all of humanity.

So many things. I’ve long been fascinated by native American culture and spirituality, and I wanted to pay homage to it and explore it with my writing. My grandma used to tell me we had native American blood, and it made me daydream about who they were and how they lived. I love the idea of shape-shifting, and I felt it would work well with the native American themes. But I found I couldn’t stop with that ability; they’re all so fun and provide so many opportunities for mischief. I also love strong female characters and a good dose of romance. But the number one inspiration was that I couldn’t find any more books that I wanted to read. They were all beginning to sound the same to me. So I decided to create my own world and the kind of characters I love, and just live in that world and let the characters inside me out.

I listen to my characters — who they are, what they want to say, and what is important to them. They are real people to me in that sense, and I respect their voices when I write. Oftentimes they surprise me by the directions they take, but I trust them. I know it sounds strange, but it’s the truth. They have a life of their own.

It came from one of the later chapters of the book. The villain, Malyse, talks about the reason why she began the game. She and seven others had been transformed in an accident and become almost like gods in some ways, and she explains that just as the gods play with human lives on their chess board of life, she intends to play with the lives of others, and “sometimes a gambit must be made, a sacrifice offered, in order to win a game between gods.”

My characters talk a lot about love and whether it makes you stronger or weaker, and about whether people can truly be good or evil. I want my readers to draw their own conclusions on these subjects, of course, but I like these kinds of philosophical questions. I’m not one to just take concepts like good and evil for granted; I want to really look at what makes a person one or the other. In my book, several characters had tough childhoods, and one had a wonderful childhood — you would expect the former to be evil and the latter to be good, but it’s quite the opposite. We become good or evil depending on what’s inside of us, not because of what has happened to us.

They are most definitely based on events in my own life. Writing this book was great therapy for me. Father Daven, the priest who mistreats young Wilde, is built from my alcoholic Stepdad, Dave, though the abuse Wilde experiences are much worse than the abuse I experienced. The five sisters locked in a closet came from the fact that my grandma and her four sisters used to get locked in the closet as children, and some of the names are the same. My experiences with narcissists created my villain, Malyse, and the fact that Little Squirrel comes from a broken family unit and feels like an outsider is a direct result of my own childhood, though I wish I had a father figure like Miklos, as she does.

The idea of being “Chosen” and having special abilities likely came from Susan Cooper’s The Dark is Rising series. Later in life, the Game of Thrones series by George R.R. Martin fired my imagination, and I took the idea of each chapter title indicating which character perspective that chapter would be from, from that series. I loved the first person present perspective from Suzanne Collins’ The Hunger Games and enjoyed how real it made the action feel, so I borrowed that, too.

If you had to choose, is there a writer you would consider a mentor? Why?

I would have to choose Suzanne Collins. The immediacy and nitty-gritty realness and imperfection of her characters and the action, plus their bravery in the face of terrible odds, really changed the way I looked at and approached fantasy fiction.

My beautiful cover art was created by Loraine Van Tonder of Ryn Katryn, Digital Art in South Africa. I decided to search on Facebook for a true artist since I thought so many of the self-pub covers coming out nowadays were so one-dimensional and uninspired. Her artwork, in contrast, was so beautiful and nuanced. She was so easy to work with and friendly and had wonderful ideas that really took my cover to the next level. The colors immediately grab your attention and draw you in, and the character renderings make you want to know more about them. Seeing her cover art for the first time was one of the highlights of my life. She managed to capture the magic, somehow.

Don’t listen to that little voice that says you can’t do this. You can. Fill a bunch of notebooks with ideas, then sit down and start writing. Just start. That’s the hardest part, and once you do it, keep going. Don’t stop, ever. It’s the hardest thing you’ll ever do, but it’s so worth it, I promise you.

Welcome to my world, and I hope you love it as much as I do. Thank you for believing in me, and please, tell others. I’d love to hear from you, so don’t be afraid to reach out on Facebook, Goodreads, or Twitter, though I don’t use Twitter much. I’m always looking for new friends. 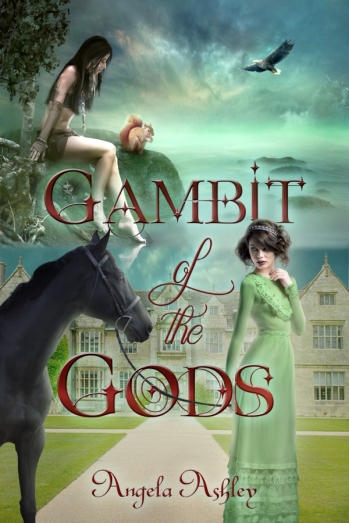 Gambit of the Gods