Hannah Steenbock is a German writer of Speculative Fiction. She uses both her native German and English as languages for her tales, as she loves English and tends to think in that language when plotting Fantasy. She lives and works in Kiel, the northernmost state capital of Germany. Her other pastimes include strolling along beaches, talking with trees, and devouring as many stories as time allows. I’m honored to introduce her here on No Wasted Ink.

I’m Hannah Steenbock. I’m German, living in Germany, but writing in English, mostly. I’m 50+, and I wear many hats: I work part-time in a civil service job, I run a small practice as therapist and coach, and of course, I write.

I wrote fan fiction as a kid. But I seriously started writing in January 2000. I know this so well because it was such an exciting experience to start writing out a scene stuck in my head and finding that I did 30 pages of work before even getting to it – and the whole thing eventually built into several novel-sized adventures of my fantasy hero and heroine. Those novels need a lot of work before I’ll publish them, but they were the beginning of my writing career.

I got my first outside validation by signing a contract with an agent in 2004, on the strength of the first novel in that fantasy series. That was when I thought I might actually be good enough. They didn’t sell a single book, and I ended the contract five years later… and then started self-publishing.

I’m going to talk about “Dorelle’s Journey”, the first book in my Cloud Lands Saga. That’s the first series I wrote about dragons, even though I’ve been in love with dragons since I discovered Pern in the school library during my exchange year in California. It took me that long to write dragons… I was always afraid that it would be called a copy of Anne McCaffrey.

I love Dorelle because she’s an independent woman, firm in her beliefs and her love of her dragon. And she’s willing to risk her life for others. In the book, I challenge her a lot… and she came through it all with flying colors. So did her dragon.

Originally, I started out writing a novel with three different main characters, and three different timelines. They were supposed to meet in the Cloud Lands (that’s one large area in my world) and turn from enemies to friends. I got stuck on that one… ( it’s the base for my second series that will be called The Cloud Lands Wars, though.)
Even so, my mind stayed in that world, and I found a shorter story about how the Cloud Lands actually were discovered – basically a generation or so before that ill-fated novel. And the result is “Dorelle’s Journey”.

I don’t think so, to be honest. But most of my stories are “feel-good” stories. I see so much destruction and darkness in the world around us that I don’t need to put that into my stories. It’s unlikely you’ll see anything dystopian by me.

I thought about it. 😉 No, seriously, most of my titles are just short descriptions of what happens in the books. And in this one, Dorelle takes a heck of a journey – and back. I try to make my titles short and powerful, though.

Yes, there is. Underlying the whole struggle in the series – Dorelle’s trouble with her Wing Commander and everything else – is the big question: How do we treat our dragons? They are an intelligent species, but their abilities are not valued everywhere, beyond their flying and fighting. There is a lot of discrimination going on. In this case, it’s speciism, and not racism, but the result is very similar. There are similarities to slavery…

Anne McCaffrey, for introducing me to dragons and amazing worlds. Pern was my favorite, but I read most of her books. Rosemary Sutcliff and Judith Tarr, for their writing style. Both know how to pack an emotional punch with few words. Even with simple words. I adore that ability. And I adore Judy’s Lippizans. Rita Mae Brown, when she described why she wrote “Riding Shotgun”: She was stuck in a cabin with nothing new to read, so she sat down and wrote what she wanted to read. Isn’t that powerful?

I don’t really want a mentor for writing. I guard my own voice. I want it to be me, not a watered-down version of someone else. When I’m writing intensely, I don’t even read fiction. However, I would love to learn marketing and fan interaction from Hugh Howey. #laughs#

The cover design is by Ashley Fontainne. I used to be in an FB group with her, and when I wanted new covers for the series before publishing the last part, I realized she had been doing covers for a while. I like hers – they are dynamic and dramatic, so it was an easy choice. Working with her was very awesome and totally easy.

Write. Stop reading writing advice. Stop taking the next writing class. Sit down and write. Write more. Publish what you write.
And learn about the trade. Learn copyright. Learn grammar, spelling, pacing – by reading lots. Soak up the language of your genre. So read and write. Very basic.

I love you all. I’m so grateful you’re reading my books, and I love hearing from you, too. I’m an avid reader myself, I know all the joy that comes from books – and I hope I can feed that joy for you. 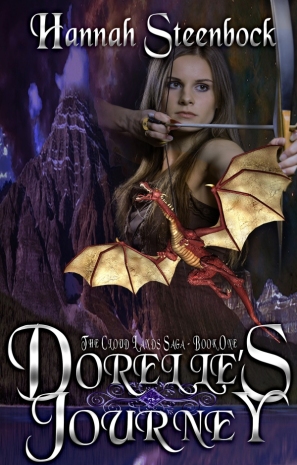