Author Robert Franks is eccentric, geeky, and currently rebelling noisily about approaching the age of 50 far too rapidly. Please welcome him here on No Wasted Ink. 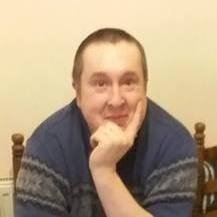 My name’s Robert Franks. I’m currently 49 going on 15. I’m a huge geek for anything to do with fantasy, superheroes or science fiction, and world mythology. I live in Darlington, England, and work full-time as an assistant manager in a budget shop.

I’ve always had a love of writing and wrote my first fantasy novel at the age of fifteen. Reading it now it’s cringe-worthy! But some of the characters I created all those years ago stuck with me, and when I was made redundant in 2009, I found once again my love of writing, and they re-emerged in The Glass Apple.

I can pin it down to two occasions: the first was sitting at my parents’ dining table (I was a regular visitor when I was unemployed), surrounded by research books and various scraps of paper with little snippets of dialogue and plotlines scribbled on them. I remember going to make a coffee and coming back and realizing: “Wow. I’m actually working. For me!”

The second was when I received my first reviews on Amazon. There was something just so thrilling about that. Like a child waking up on Christmas morning!

The book follows the adventures of Ethelbert Gobswistle, an elderly gentleman with memory problems. He has a rather quaint Texan accent but speaks like an English Butler. He also, though he has little memory of this, used to be Merlin. He still has his Anguinum (Druid Stone) – the Glass Apple of the title. He becomes the caretaker of his three grandchildren; Jason (11), Kylie (10) and little Anna, who is 4, after their mother has a heart attack while driving.

He has a nemesis. The Medb (Pronounced Mave). She has a history similar to Gobswistle, but whereas Gobswistle always tried to do good, the Medb always sought power, and control, and more than anything, she sought Gobswistle’s Anguinum.

My love of world mythology. Reading up I found it interesting how many different mythologies and religions had a very similar basic structure of an old man teaching peace. And a lot of mythologies had hints of magical travel and portals. So in the first instance, I created Ethelbert. He is 7000 years old. He no longer remembers anything from his childhood – his parents, his origins or anything – but he kind of remembers being Merlin. And Myrrdin. And Lailoken. And Michael Scott. The Compte de St Germaine is in there somewhere, as is John Dee. In fact, if you think of any wizard/Wise Man or halfway decent conjuror in history, it was probably Gobswistle.

And in the second instance, I created The Portal, an old scifi and fantasy trope I admit, but great fun too. It means I can put my characters at any point in history. I love including Easter Eggs in the books in the form of names or situations. If people aren’t into them it doesn’t affect the story at all, but it (hopefully) adds something to look up the meanings of the names of various characters or to realize an event/war/location actually existed.

I like writing humour, and this forms a great part of the books. It’s not heavy prose – I wanted something that anyone could dive into and enjoy. I don’t aim for slapstick comedy though, and there are chapters that are very dark. Hopefully, the two balance each other out.

When I used to smoke, I had a green Murano Glass Apple ashtray. I thought it was beautiful and quite quirky looking. I don’t know what influenced me to use it, but it became (in my mind at least) a perfect representation of Merlin’s Druid Stone.

I guess, if I had to say there was a message in the books, it’s to accept people for who they are. Because the mythologies used in the book come from very diverse cultures I’ve used people from those cultures to help inhabit the stories. Whether people are black, white, ochre, or sky-blue pink with yellow polka dots, they’re still people.

Honestly? All my family, friends and the occasional work colleague has helped to shape the characters in this book. I just haven’t told them yet … Shhh!

You’ve made me think about answering this one! Okay, there are three authors that have inspired me, from three different decades. And yet the reason they inspired me is very much the same. The authors are:
Armistead Maupin, J K Rowling and Jim Butcher.

They inspired me because they write such well fleshed-out characters and because they can find humor in the darkest of situations. Humor is a survival tool, and so many authors forget this.

The hardest thing about writing is that first minute you sit down in front of your desk to write. Procrastination, and that little voice that whispers ‘you know you’ll never do it’ are the two biggest obstacles you’ll ever have to overcome.

Believe me, those dishes CAN wait! 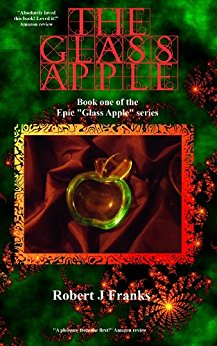