Author PG Badzey writes the Grey Riders trilogy of epic fantasy fiction. His novels are unique for their perspective on Christianity in a fantasy setting and for using science-based magic systems. I’m honored to introduce this upcoming author here on No Wasted Ink. 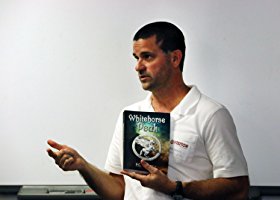 I am Pete Badzey (my author name is PG Badzey) and I am an author of epic fantasy fiction. Although my background is in engineering (I have spent 29 years in the aerospace industry), I have loved books and writing since childhood. My mother and one of my brothers were both English teachers for a time and I grew up surrounded by stories, storytelling, and literature. My novels are unique in that they feature Christian characters in a fantasy environment and use a science-based magic system.

I began writing in my teens when my high school teacher told us to free-write whatever we wanted. As I was a big sci-fi fan at the time, I wrote a scene of a space battle. I enjoyed it so much that I made it my hobby. When I went off to college I even gave short stories to my siblings as Christmas presents, with them as the main characters, because I didn’t have any money. By my college years, I had moved on to Dungeons and Dragons (D&D), JRR Tolkien, CS Lewis and Katherine Kurtz, so these were my primary influences in gravitating towards fantasy. Later, I read more books by a variety of authors, from Louis L’Amour to Jane Austen to Agatha Christie. Some of the works were very good, but I felt dissatisfied with others and decided that, someday, I was going to try to write my own novels and do better.

I had three short fantasy stories accepted by an online fantasy humor magazine named Dragonlaugh back in the 1990’s. When I first picked up the payment check in the mail, I felt that I had become a writer. Of course, I was technically a writer long before that, but at that time, at least, I felt I had made enough of an impression on someone else to convince them to publish me.

I have self-published an epic fantasy trilogy, the Grey Riders series, and the first book is Whitehorse Peak. It’s the story of a group of young mercenaries in a race against an evil cult to find an ancient, secret weapon near the wilderness on the border of a great kingdom. It follows their adventures, relationships, secrets and challenges as they also find out that their exploits have been foretold by a prophecy. The novel is really a coming-of-age story, similar to what recent college graduates might experience as they head out into the world, except the environment is medieval fantasy. The main characters all have to learn to work together towards a common goal even though they are different races, backgrounds, and religions. The trilogy is rare in fantasy fiction because some of the characters are Christians in a fantasy environment. It also has a science-based magic system, something that comes naturally to me since my vocational training is in science and engineering.

I really wanted to offer an alternative to many works of fantasy that didn’t offer a positive approach to faith and religion and treated good and evil as if they were political parties rather than defining forces in the universe. I also saw a lot of fiction in a medieval fantasy setting that was either casually dismissive or openly hostile to Christianity, which I thought odd since Christianity was intimately involved in the real-life medieval world in both positive and negative ways.

I tend towards immersive realism, where I try to involve all the senses of the reader (sight, sound, touch, smell, taste) as much as possible to bring the imaginary world of the Grey Riders to life. This is challenging since many of the creatures and environments (not to mention magic!) don’t exist in the real world. I have also been described as a very “visual” writer whose works read like a movie, which is accurate since I have to envision scenes and events in the novels in my head and play them out before I can write them down.

Whitehorse Peak is the name of a mountain that is key to the quest of the Grey Riders. It is part of the geography I created for my D&D game and it was inspired by names of actual places cited in many of Louis L’Amour’s Western novels.

There are several messages that I think are important: the value of friendship, acceptance of others despite differences, selflessness, the courage to do what is right, and faith in God when all seems hopeless. I try to show these ideals in the characters and their choices (some of which are right and some of which are wrong) to inspire readers to strive towards these positive goals in their own lives.

I was partly inspired to write Whitehorse Peak by the close friendships I had with the young engineers I met on my first job – we all played D&D together and I felt that our relationships had the makings of a great story. The main characters in Whitehorse Peak are based on the characters that my friends played in the game and the plot lines are based on their adventures. We are still in contact with each other many years later.

In fantasy, the following authors are inspiring to me: JRR Tolkien (because of his lyrical style and understanding of the role of myth in history), CS Lewis (for his ability to bring religious concepts into a fantasy setting), Terry Brooks (for his creativity and sense of adventure), Katherine Kurtz (who showed how to integrate the medieval Church in fantasy), and C Dale Brittain and Christopher Stasheff (for showing how to meld magic and religion with a sense of humor and fun). These authors all grasp the heroic ideal while showing that a true hero always strives to do what is right even when sacrifice is required.

C Dale Brittain has been a mentor to me, always answering my questions, pointing out pitfalls, offering advice when asked, and being supportive of my efforts. We still correspond occasionally and I am grateful for her kind attention and helpfulness.

Bookfuel designed the book cover for Whitehorse Peak (and indeed, for the entire trilogy). I chose them because they took the time to really get to know the story I was telling in the novel and try to integrate key symbols and concepts into the cover art. They have been extremely easy to work with and have designed three first-rate covers.

Writers are so often told “no” by agents and publishers without any explanation as to why our writing was not accepted that it is easy to think that we stand no chance. It is important to realize a few things – first, that the new publishing universe has resulted in an oversupply, so patience and determination are really critical virtues; second, that writing improves if it is a regular discipline and if we are willing to learn from others; third, that writing a novel is only part of the work and that marketing is more time-consuming and fourth, that writers should really enjoy what they do for its own sake, not for the goal of becoming a millionaire and being world-famous. If you reach even one reader with your message, that is a victory.

I hope that they like Whitehorse Peak (and its sequels, Eye of Truth and Helm of Shadows) and take the time to think about them. I am always glad to hear constructive feedback, both positive and negative, and don’t mind if people disagree with me – it would be an odd world if we all thought in lock-step. I would hope that they read all three books and stay on the lookout for more in the continuing series. I intend to be writing for many more years with great stories to tell and would like readers to journey with me. 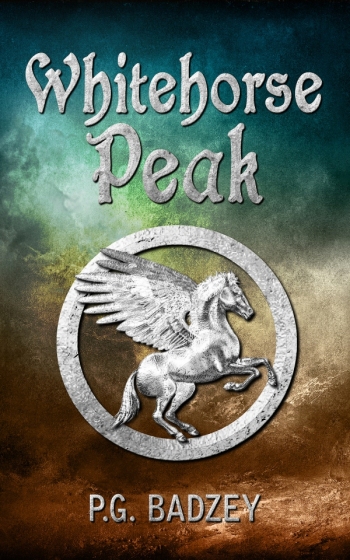