Author J Carrell Jones writes science fiction and fantasy dealing with existentialism. His main protagonists typically have a strong sense of duty, integrity, and character. His writing has been described as telling a story first and entertaining second. 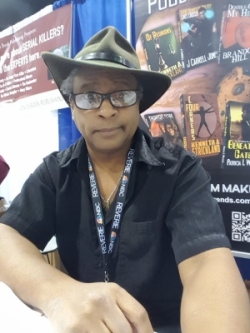 Greetings all. My name is J Carrell Jones. I am a writer. And because I am a writer, I am mentally unstable, and I lie. How else could I describe myself? I hallucinate often, I hear strange sounds, and unseen people talk to me – awake or sleeping. I have a strong urge to write down what I see and hear in my head. My mind’s eye is overly active, and I fib a lot. The stories I tell never happened, but I write them as if they had, or will happen. It is something I do. I am a writer.

I started out writing Star Trek fanfiction back in the mid-80s. My alter-ego was a Vulcan male raised by a human martial arts specialist. Chiita Scar’an was the Chief Security Officer on board the USS Shadowstar. The ship, commanded by Captain Sandor Kaos – a werewolf/human hybrid, was a Star Trek: TOS period vessel. The Captain/President, Lee Birdine, of the club wrote the main storyline. Club members wrote satellite stories. I made my first attempt at being a serious writer by self-publishing an Action-Adventure novel. That was 1988. It took me another 23 years to publish my second book.

It was 1988. I realized writing stories using someone else’s Intellectual Property was not helping me. I was contributing to someone else’s world and I thought that was silly. If I was going to bleed, sweat, and cry over a story it had better be mine.

Enemy Me is about the co-founder of a big Pharma company risking his life, multiple times, to stop the company from realizing a drug that was certain to doom humankind. Pete Walker, the co-founder, created clones to help fight the Pharma juggernaut, Forever Life, Inc. The book begins with Pete 6 waking up after Pete Five sneaks into the building and blows himself, some scientist and vital equipment up. Pete 6 realizes suicide missions was not the way to go. Interestingly, he was the last of the Pete Walker lookalike clones.

It was a Star Trek: TOS episode titled, “A Piece of the Action”. Kirk and Spock were lead into one of the Big Boss’ office. The large desk the Boss was sitting behind started the journey. I kept thinking, suppose a scientist was cheated out of money. He knew that it would be near impossible to get revenge without help. He created clones to continue his fight in the event he was killed.

My writing style is straightforward. I like to drive the story using dialog and action. I give enough description to help with the scene, but I focus mainly on what the characters say and do.

Who was Pete fighting? Strangely enough, himself. I toyed with the words: enemy, self, and fight. After a few days of hard thinking Enemy Me jumped out.

The purpose we think and feel for ourselves may not be what eventually is our destiny. Individualism and recognition of self must be embraced if we are to fulfill existing and future goals. Success is subjective.

Heinlein, Asimov, Gerrold, Brin, Moon, Cherryh, Van Lustbader, King, Clarke, Hubbard, Foster, Zahn, and McIntrye. I’m inspired by how they built their worlds. They all have their own style but knew how to build worlds that were as real as the world we live in. That’s talent and confidence.

Robert A Heinlein. When I was trying to find my voice, I emulated his style. His books Time Enough for Love, Tunnel In The Sky, Space Cadet, Citizen of the Galaxy, Friday, The Man Who Sold the Moon, The Moon is a Harsh Mistress, and The Number of the Beast talked to me. Heinlein had a way that impressed me to the point that I really wanted to be a writer.

I do my own cover design. One reason I decided to do my own book cover is that I had faith in my “artistic” ability. I’m no artist but I am a Graphic Designer.

If you are writing fanfiction, stop. Stop immediately. You’re adding to someone else’s IP. They are profiting, you are not. I’ve heard the excuses, “but I am honing my skills,” “I like the author’s world and characters,” “My stuff is not good enough yet.” First, hone your skills on your own IP. It’s your world with your characters. You’ll never write your stories by writing someone else’s. Second, great, you like the Author’s world and characters. Who’ll discover your world and characters if you never work on your original stories? And lastly, your stuff will never get any better if you never work on it.

Continue to read and support authors. We write to tell stories, but if no one reads them, what good are the stories. As writers, we do a lot of eventing – as defined by Native Americans. We spend many hours crafting, building, and shaping our worlds. Without readers, ultimately, the journey is for naught. 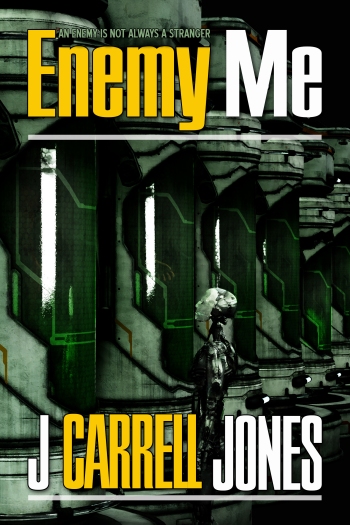 One of my regular tasks is teaching Scifaiku workshops. Here I am teaching at SD Who Con in person (for the first time in years) using my handy-dandy dry-erase board for the composition part of the workshop.
It is always a pleasure to welcome guest writers to my blog, No Wasted Ink. With Nanowrimo pending, this is a great time to read up on helpful tips to make your November writing experience a success.