Author Madeleine Holly-Rosing has a husband that likes to call her mono-polar manic. Whether he is right or not, this is one author who can turn out a rousing thriller of supernatural steampunk fun. Please welcome Madeleine to No Wasted Ink. 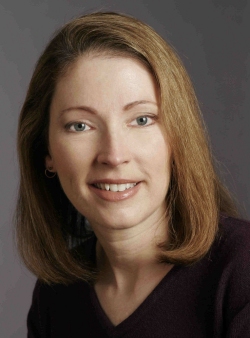 My name is Madeleine Holly-Rosing and I’m the writer of the steampunk supernatural series, Boston Metaphysical Society. It began as a six-issue graphic novel mini-series, but it has expanded to two graphic novel sequels (and another one coming), an anthology of short stories and novellas, and a novel.

I have an MFA in Screenwriting from UCLA where I won the Sloan Fellowship among other awards. I’ve had a few scripts optioned and done some work-for-hire, but nothing produced yet. However, while I was there, I wrote the TV pilot for Boston Metaphysical Society which I then adapted into a graphic novel after I graduated. I also wrote a PSA which was co-produced by Women In Film. (The PSA won a Gold Aurora and a Bronze Telly.) And I’ve run six successful Kickstarter campaigns for Boston Metaphysical Society and wrote the book, Kickstarter for the Independent Creator.

I recently retired as a Fitness Instructor for LA Fitness after 18 years, and I’m working on rebuilding my right shoulder after having it replaced. With a titanium shoulder joint, you could say I’m steampunk from the inside out! I also love to bake, especially if chocolate is involved, and I like to garden. And I love dogs. My current favorite authors are Martha Wells (The Murderbot Diaries) and Tomi Adeyemi (Children of Blood and Bone).

I think I’ve been writing stories since I learned how to write. However, when I was in my early twenties I decided to stop writing until I got more life experience under my belt. And that’s exactly what I did. About ten years later I started writing again. It definitely made my writing better.

Probably when I optioned my first screenplay. It was great to have someone pay me for my work.

You bet. Boston Metaphysical Society: A Storm of Secrets is a prequel to the original six issue mini-series graphic novel. An alternate-history steampunk supernatural thriller, it dives into the lives of Elizabeth Weldsmore Hunter, her ex-Pinkerton husband, and her father as they deal with political intrigue and her growing psychic abilities.

The book also won a silver medal in the Feathered Quill Books Awards in the scifi/fantasy category as well being chosen as the overall top pick for Adult, YA, and Children’s categories.

The original six-issue graphic novel mini-series is about an ex-Pinkerton detective, a spirit photographer, and a genius scientist who battle supernatural forces in late 1800s Boston. Bell, Edison, Tesla, and Houdini are also involved in the storyline.

I wanted to write Elizabeth Weldsmore Hunter’s story. We only learn a bit about her in the graphic novel, so I wanted to give old fans (and new ones) a chance to get to know her.

I go pretty deep into world-building, but make sure everything is character-driven.

That was fun. I knew the core theme of the book was about secrets, but a friend and I brainstormed it together through Facebook messaging.

Hahahaha. No. Since it’s set in the late 1800s and has paranormal elements, I can safely say it’s not based on someone I know or events in my life. However, I do use historical figures in the graphic novels and reference a few in the novel.

Lois McMaster Bujold. Her characters rock and her sentences are beautiful.

I’ve been fortunate to have had mentors for my comic book writing, but not really any for prose. However, I do have awesome beta readers that keep me honest.

The amazing cover art was done by Luisa Preissler and the title graphics were done by Anke Koopman. I saw a painting Luisa had done on Facebook for a steampunk novella which I loved so I tracked her down. My original thought was to have three characters on the cover, but that was outside of my budget, so I settled on having her depict Elizabeth Weldsmore Hunter, one of the main characters. Turns out that was the best decision.

The cover won a silver medal in the Authorsdb.com cover contest.

Welcome to the word of Boston Metaphysical Society. I hope you enjoy the ride. 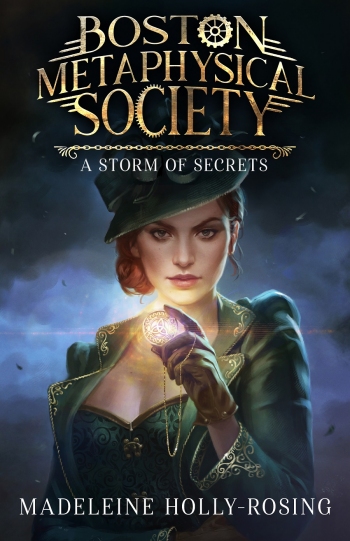