Before we get into the meat of the subject I’m assuming you’ve read Strunk and White and learned grammar and studied Steven King’s On Writing and learned how to craft content. If not those specific tomes then I’ll presuppose you’ve read, and devoured, similar. It all comes down to this, world building isn’t where you start your journey as a writer. You need to have the basics well in place before you throw yourself off this mountain.

When you create the world your characters are going to live in it can be something simple, like Toledo, Ohio, or something amazing like the gas clouds of Orbius Prime. No matter which, you’ll need ground rules to get started.

In other words, it’s not just a name you toss out it’s a place you bring to life. When the reader closes the book they should feel like they were there. Maybe even bought some souvenirs.

I have found that detailing the world I’ll be creating first, and then adding characters works best. I didn’t do that for my first novel and ended up having to go back and do so since there were glaring inconsistencies in locations and tone. I, literally, had a desiccated desert near a lake.

Before you ask, yes, that was a huge pain in the ass.

So, to save yourself the irritation, lay things out in a simple graph.

One easy out from all this, that lazy writers like to use, is to create a universe of gods. Since their characters are all gods they can do whatever they want. Unless you have multiple iterations of Yahweh, that won’t fly. And if you do, where’s the conflict? Even Satan doesn’t directly challenge God. In fact, in many interpretations, he’s fulfilling a function required by God. So, you’re back to needing some rules, and characters to live within them.

Another thing to look out for is accidentally creating multiple generations of morons. A wildly popular series of books, and a related TV show, have characters who, according to numerous plot points, have been at war, and fighting dragons, for eight thousand years. In that time the only weapons they have come up with are variants of a pointy stick. Some large, some small, some metal, some wood, but, at the end of the day, they’re all just pointy sticks. You would think that, given the fact there were constant airborne threats, someone might have given artificial flight a try. All of the needed materials are right there. And the inspiration is literally eating their livestock.

However, there was also an abundance of naked boobs, so that made up for a lot.

World building can be, and is to me, fun. There are lots of guides you can use to help they’re just not marketed as such. Books on mythologies will help you create believable powerful beings. Dungeons and Dragons is a great guide for your magical realm. NASA.gov has tons of free research online that will help you build realistic alien homes. And, if you want to bend some brains, don’t neglect the various conspiracy sites.

Once you have your feet firmly on the ground, let your imagination loose and see what it brings home.

BILL McCORMICK is a critically acclaimed author of several novels, graphic novels, comic book series, and has appeared in numerous anthologies. He began writing professionally in 1986 for the Chicago Rocker Magazine in conjunction with his radio show on Z-95 (ABC-FM) and went on to write for several other magazines and blogs. He currently writes a twisted news & science blog at WorldNewsCenter.org. That provides source material for his weekly appearance on The Big Wakeup Call on WBIG 1280 AM (FOX! Sports). You can find out more about him at BillMcSciFi.com. 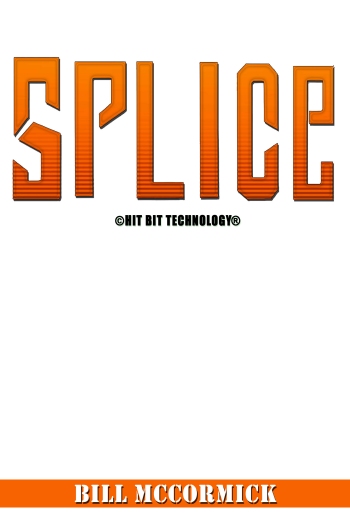