Author Muriel Stockdale is an intrepid creative adventurer inviting everyone to appreciate diverse views and ideas in her art, theater, film, and writing. Please welcome her to No Wasted Ink. 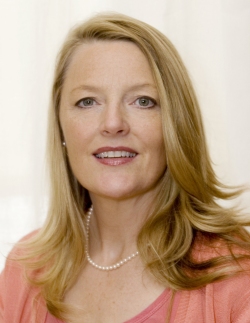 My name is Muriel Stockdale, for over 40 years I was a costume designer for film, TV, theatre, opera and more for shows like Edward Albee’s Three Tall Women, TV shows like Law and Order, Ghost Writer and Guiding Light. I also taught many designers some are now Emmy, Tony and Oscar winners at NYU’s Tisch School of the Arts Graduate School for Design. I have worked with the Muppets designing and building costumes. Since 2003 I turned toward art and writing, made a short film about spirituality in New York and started a group to support artists looking to create works that uplift their audiences. Currently, I focus on writing and art. My work can be seen at http://www.murielstockdale.com.

I have always been writing and collecting stories and ideas so in 2000 when I decided to change my career I took a screenwriting class and produced my second script. My first I wrote by myself; I should have gotten help first.

For me, writing was always very difficult until I took that scriptwriting class and discovered that writing is very much like painting and it is something I can keep working on and improving as a process. Also using a computer makes the process so much easier than a typewriter or a pencil and paper. Writing was hard for me in the beginning; it didn’t come naturally like drawing, painting and understanding complex clothing. So, when I began to feel successful in my written expression I could really appreciate the work done. Now writing is a joy.

My debut novel is a science fiction called Gabriel Born; it is based on my award-winning script Gabriel’s Flight. The story is of a female geneticist, Sheila Jensen, who is desperate to invent a genetic cure so she defies rules against combining human and animal DNA. She stirs outrage, which leads her fiancé and boss, Philip Ohl, to blame her for the illegal and immoral work, destroying her career. Still, Sheila is motivated; her rare nerve disorder will kill her. She engineers her last ovum in the hopes of creating a transferrable cure. Risking her life, she bears the child, but when he grows he is not what she expected.

I wanted to write a story that would allow the audience to feel like they were flying. Often, when I dream, I feel like I am flying and I love that feeling. Many times in that state I teach people how to fly. So that was my first compelling thought. I do not really know how the story grew from there it just kind of happened.

Although I did set some ground rules for myself. I wanted to write science fiction that did not assume we must get to our future by way of apocalypse or dystopia. I did not want any of my characters attempting to use weapons to solve problems. I did not want an over present oppressive governing body. I did not want the story to be dependent on spaceships and future tech, though I did imagine the future of medicine a bit. But most importantly, I wanted to imagine what might happen to us as humans consciously if we start changing our physical attributes and tinkering with our DNA. Is there an unseen aspect to our being that we might become more aware of?

For this story, I made a conscious choice to write the novel in a manner that would feel as though the reader is watching a film. I was criticized for this but I feel that in this fast-paced, entertainment flooded world there is room for written works that move through our awareness in a more visual and fast-paced manner.

The original title for the film script was Gabriel’s Flight, referring both to the wings the child develops and the escape that he and his mother attempt. When I completed the book I researched the title and discovered another science fiction novel with that title so to avoid confusion I changed it. Gabriel Born may imply that this is the first in a series and it may be.

The message that I try to suggest is that we are not just this physical form that we are far greater. I also suggest that we are in control of our destiny for better or worse we can change our form and our consciousness if we choose too.

The experiences in the book are based on my dreams of flying.

Lately, I have delighted in Diana Gabaldon’s writing, I love her rich descriptive style.

I don’t really have a mentor or a style, I am too much of a rebel and a do it yourselfer. I prefer to muddle through new projects I tackle and find my own way in. Then I may take some lessons to discover industry standards. Although in the process of generating this first book I wish I had known a great many things about the business aspect of the process first.

The current updated cover was designed by Dart Frog Books.

Just write. But also go to writing conferences, marketing conferences and learn about the business of your book at the same time before deciding to publish. I discovered after a wealth of resources that I wish I had known of first like the Writer’s Digest Pitching Conferences and courses. I regret that I didn’t know much more about editing and marketing.

Please let me know what you think of the book, write a review or contact me through my website or Good Reads. 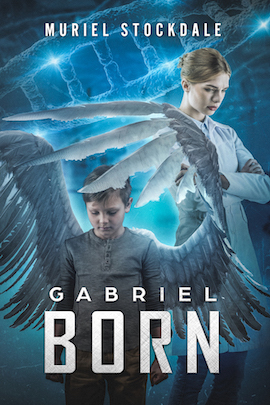