I find it such a pleasure to introduce a writer from my home town of Kirkland, WA here on No Wasted Ink. Historical Fiction is a particular favorite genre of mine and Judy has written a wonderful one set in the 19th century Victorian era.

My name is Judy Leslie and I live in the rainy pacific northwest with my husband Ralph and my dog Rosemary. I have two grown daughters who live in the area. I lived in Europe for two and a half years and my oldest daughter was born in Liege, Belgium. I enjoy traveling Europe and went to Ireland last year to do research for my novel. I am also an amateur photographer, artist and enjoy cooking.

I began writing as soon as I could hold a pencil and scratch out letters on the page. I wasn’t too good at spelling but I could embellish what the A and B’s meant to anyone that would listen. At the age of 21, I owned an antique shop in the historic town of Bellingham, Washington where I became interested in writing historical fiction after researching all the “junk” in my shop.

I wrote short stories and poetry in high school. While working at my day job I wrote a historic novel about the Midwest. It was my training novel and maybe someday I will publish it. Over the years I took many writing classes. However, I didn’t get serious about publishing until a few years ago when I signed up at the local university for their literary fiction program and then the popular fiction certificate program. That is where I learned how to structure a story and I began writing my current novel.

For the Love of Ireland is about Margaret Sullivan, an American female journalist with the Chicago Tribune who publishes under a male name to hide her gender. On a trip to Ireland she meets an Irish rebel and gets swept up by his ideas for Ireland’s independence. However, Margaret happens to be married to a man with his own ambitions and ideas on how to free Ireland. When she turns to her husband for help Margaret finds herself struggling not only for Ireland’s freedom, but her own as well.

For the Love of Ireland is based on a true story about a Chicago couple during the late 1880’s, the Irish Land League, and the secret Irish-American organization the Clan na Gael.

I was doing research on the Irish in Chicago and uncovered the story about Margaret and Alexander Sullivan and the secret Clan na Gael. I had no idea to what extend the Irish in America had gone to in order to help those in their homeland. My characters were all fascinating people with their own story to tell, as you will learn when you read the book.

I do a lot of research and then let it percolate for a while. I make an outline with a story arch, but I let my characters have a lot of control on what they want to say. I write in a notebook and on the computer about 8 hours a day. I like poetic prose to describe emotions, but will cut it if it doesn’t fit. I also like getting down to the story and don’t dwell too much on the color of a room or what everyone wore.

It was easy. My characters were motivated by their love of Ireland and right or wrong, that love justified their actions in the story.

Yes, just like Ireland, women didn’t always have the freedom to do what they wanted to do in the past and often they made huge sacrifices in order to survive. We forget that marriage for love was rare in the 1800s and that women were not allowed to compete with men. The fact that Margaret Sullivan and the Parnell women chose to buck the norm was a remarkable feat for a women at that time.

The story characters and situations in my novel are based on the real lives and actual historic events. I just fictionalized their interactions and certain parts for dramatic effect. I tried to stay true to how they would have behaved according to the research I did on each one of them. My novel is a work of fiction and not a biography and I did have to bend the truth to fit the story especially at the end.

I think women of today can relate to my protagonist and the sacrifices she made while pursuing her goals. Also, as far as the love interest goes most of us have had a secret crush on someone we could never have. I fantasied about a guy I dated when I was 19 for years after I was married and had children. When I finally met up with the man again I realized that I fallen in love with my fantasy of him and not who he really was.

I can’t name any particular author that influenced my writing. My stepfather gave me a book of Longfellow’s poems when I was 16 that was dated 1906 that had belonged to his grandmother and one of the poems became my guiding light.

A Psalm of Life
Tell me not, in mournful numbers,
Life is but an empty dream!
For the soul is dead that slumbers,
And things are not what they seem.

Life is real! Life is earnest!
And the grave is not its goal;
Dust thou art, to dust returnest,
Was not spoken of the soul.

Not enjoyment, and not sorrow,
Is our destined end or way;
But to act, that each to-morrow
Find us farther than to-day. . .
Lives of great men all remind us
We can make our lives sublime,
And, departing, leave behind us
Footprints on the sands of time; 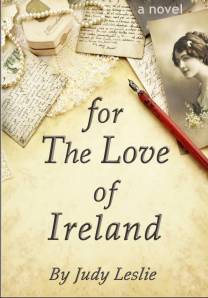