Hello, readers and writers! November is just around the corner, which means you only have a few days left to finalize your NaNoWriMo plan of attack. You can do so by using three easy but helpful methods: researching, outlining, and creating a few character profiles.

Plan NaNo, you say? But I never plan Nano! I just open up a Word document and pound the keyboard until I’m done! Or pass out, whichever comes first.

Well, that’s certainly a method, but remember that the goal of NaNo isn’t just to write 50k words, but words that create some sort of cohesive story. While you can write anything and win, why not put those 50k words toward advancing your writing career? A complete first draft (remember: a first draft does not equal a submission-quality or publishable draft) within 30 days is absolutely achievable. All you need is a bit of planning.

I am a huge fan of NaNoWriMo, and have been participating for years. Two of my NaNo projects went on to become published novels, and I’ve used other years to make significant headway on sequels. However, last year’s NaNo was an epic fail on my part, and it was because I didn’t follow the three steps.

My main story idea was set and I’d done a bit of outlining and research, but not nearly enough. I also hadn’t completed a single character profile. (Character profiles don’t have to be long. Start with name, objective, and obstacles to achieving the objective.) It wasn’t long before the story had gone so far off the rails there was no way I could fix it in 30 days. In fact, I haven’t fixed it to date, and I have no idea if I ever will. That’s a shame, because it was a project I’d wanted to work on for a few years, and I had high hopes for it.

But this year will be different! This year’s project will be set in Scotland, and has a smattering of Picts and a Roman legion thrown in for good measure, and I’ve done my homework. I stocked up on travel guides of Glasgow, a few books on the ancient Roman military, and watched an interesting if maybe not completely factual documentary on the Picts. (What can I say, it was free on Amazon Prime.) I sketched out a rough outline so I know where my characters are going, how they get there, and what the ultimate goal is for each one of them. This time around I’m confident that even if I don’t have a finished story by November 30, I will at least have my fifty thousand words in.

Fifty thousand good words, that is.

But it’s almost November! How could anyone still have time to research? Fear not, because one of the great secrets of writing is that you don’t have to do all your research beforehand. What you need is enough to get your story going, put your foot in the door so to speak, and let the story unroll from there. I fully intend to consult my Scottish travel guides and books on Roman legions several times over the next few weeks, and who knows how many times I’ll hit up the internet for answers. I probably won’t re-watch the documentary on the Picts.

To sum up, the three basic steps to NaNoWriMo success are:

Research – Then do some more research, ask a librarian for help, and maybe book a trip to visit any real-life locations. Really, you’re not going to get too much information so go all in.

Outline – A nice detailed outline is key. One incorporating the classic three act structure would be ideal, but all you really need is a strong map to follow along. Think of it like you’re downloading the newest map software onto your Garmin, as opposed to using a paper map printed in 1952.

Character Profiles – Who’s the protagonist? Antagonist? What do they want? What are the stakes? What will happen if they don’t get what they want? Again, you cannot have too much information.

Will these steps work for you? That I can’t answer, but they have worked for me in the past. Hopefully they’ll work their magic again this year. I bet they’ll work for you, too. Have fun, and happy writing! 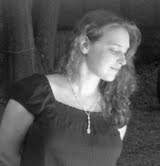 Jennifer Allis Provost writes books about faeries, orcs and elves. Zombies too. She grew up in the wilds of Western Massachusetts and had read every book in the local library by age twelve. (It was a small library.) An early love of mythology and folklore led to her epic fantasy series, The Chronicles of Parthalan, and her day job as a cubicle monkey helped shape her urban fantasy, Copper Girl. When she’s not writing about things that go bump in the night (and sometimes during the day) she’s working on her MFA in Creative Nonfiction. Visit her at www.authorjenniferallisprovost.com